Down and Dirty with Rachel 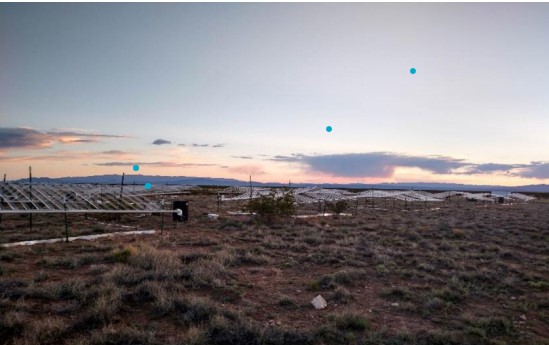 Whenever I tell people I moved here from Arkansas, I almost invariably get a response along the lines of “That’s a big change”. Yes and no. The sun is undoubtedly stronger, and it is drier here. Chile is king. I feel weird walking through tall grass without having to worry about ticks and chiggers. And, despite what New Mexicans say, there aren’t many mosquitoes around. But other things aren’t so different.

I recently bonded with a native New Mexican and a native Alabaman over the fact that we all say, “Thank God for (state-that-shall-remain-unnamed).” I still pass horses every day and wave to strangers in the street. The types of soil may be different, but soil health principles are the same: add organic matter and disturb the soil as little as possible. Healthy soil helps lead to healthy plants that can fight off pests and diseases. A tomato plant in New Mexico and one in Arkansas that are well cared for will likely have more similar growth rates than a cared-for plant and a neglected plant in the same yard. Large distance does not always mean large variation and small distance does not always mean small variation.

When I went there to collect soil samples the other week, I noticed that in the plots that received more rainfall, not only was the vegetation lusher, but also it was noticeably easier to insert a soil probe compared to the plots that receive decreased rainfall. This is despite the fact that the plots are within a few meters of each other.

The Mean-Variance Experiment has forced microclimates, but microclimates naturally exist in our yards and gardens and on farms. Experienced gardeners, landscapers, and farmers will take advantage of these variations in temperature, drainage, and sun and wind exposure to increase overall plant productivity. Leafy greens can thrive in shady areas, but tomatoes and peppers need sunny ones. Microclimates can also be created. Shade cloths prevent sunscald during the heat of the summer. Hoophouses, Walls O’ Water, and rocks placed around plants provide warmth in the winter and extend the growing season. Big changes, whether natural or constructed, can exist short distances from each other.

I still have much to learn about the peculiarities of the Sandoval County region, but at least a small smile has the power to make a big difference in someone’s day all along the 733 miles of I-40 that separate Fayetteville, Arkansas from Corrales, New Mexico.

Answer:  If you take the first letter and move it to the end of the word, you have the same word in reverse. They are almost palindromes.

← Garden2Table – Can I Freeze Squash? Consider Visiting A Botanical Garden →