We Can Farm in Corrales 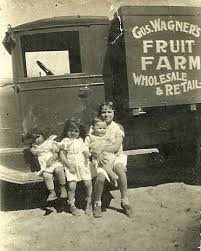 “We Can Farm in Corrales…
It’s Not the Moon, You Know!”

The history of agriculture in New Mexico dates back 12,000 years. Based on artifacts discovered, the earliest recorded people, the Mogollon, grew corn, squash and beans. In 1540, while seeking the famed Seven Cities of Gold, Spanish explorer Franciso Vazquez de Coronado entered the area now known as Sandoval County. Instead of gold, he found thriving villages with prosperous farmers. In 1699, San Ysidro was founded as a farming community by King Charles II of Spain.

Unlike much of the country, the number of family-owned farms in Sandoval county has increased 58% since 2007. Many of these are small holdings under 50 acres. The county is also in the top 10% of the state for production of nursery crops, sod, apples and grapes, as well as sheep, goats, horses and ponies.

This long, rich history is replete with stories, although most of the tales have been lost in the sands of time. The Sandoval County Oral History Project ensures that at least some of our local narratives are remembered and preserved. This 2018 project interviewed first to fourth generation farmers to capture their insights on farming, food practices, and their big ideas about the future of small farms.

From stories of early political activism as demonstrated by a farmer sending a box of celery to President Calvin Coolidge, to engineering innovations for crop irrigation, we are strongly reminded of the influence of past farmers and gardeners. 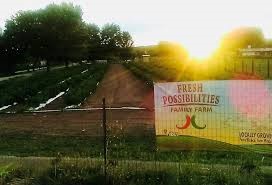 The Project contains both video and audio interviews, including one with our own Penny Davis . If you’ve spent time at different farmers’ markets in the county you may also recognize other familiar faces. Gardening on any scale is a challenge in Sandoval county. These gardeners have taken on the task of producing fresh healthy food and additionally educating consumers about the reasons it matters. Helping children learn how fresh, home-grown produce tastes is a calling and mission for many. Bringing people out to the farms to understand where their food comes from is also a driving force for these modern gardeners.

Hearing from folks who’ve worked the land for generations reminds us that it is both possible and highly desirable to grow at least some of our own food. Treat yourself to an hour of fascinating local history by checking out the Sandoval County Oral History Project.