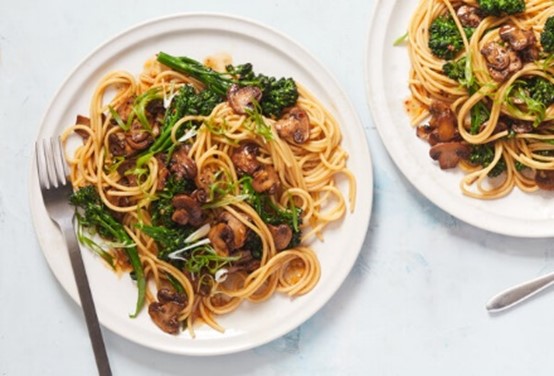 Though this stir-fry recipe shows its versatility by using whole-grain noodles, long-grained brown rice works well too. Here, a quick stir-fry is transformed into a flavorful, unconventional pasta sauce. The five-spice seasoning intensified the robust flavor of the mushrooms. This recipe also calls for chopped, crisp veggies, so use your nutritional needs and tastebuds to guide your choice(s). And don’t skip the butter (or use vegan butter, if you prefer), as it provides a beautiful richness which brings the sauce and ingredients together.