Beyond the Garden Wall 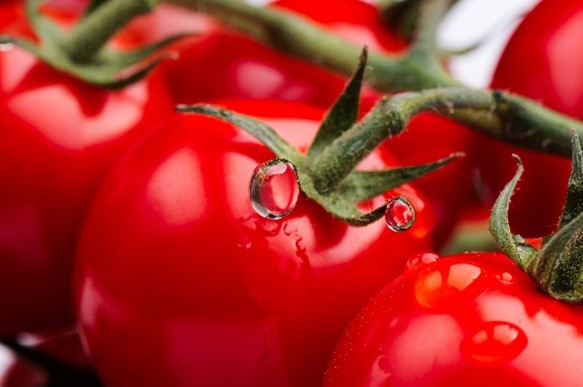 In the late 1700s, a large percentage of Europeans feared the tomato. A nickname for the fruit was the “poison apple” because it was thought that aristocrats got sick and died after eating them. The truth of the matter was that wealthy Europeans used pewter plates, which were high in lead content. Because tomatoes are so high in acidity, when placed on this tableware, the fruit would leach lead from the plate, resulting in many deaths from lead poisoning. No one made this connection between plate and poison at the time; the tomato was picked as the culprit.

Around 1880, with the invention of the pizza in Naples, the tomato grew widespread in popularity in Europe. But there’s a little more to the story behind the misunderstood fruit’s stint of unpopularity in England and America, as Andrew F. Smith details in his The Tomato in America: Early History, Culture, and Cookery. The tomato didn’t get blamed just for what was really lead poisoning. Before the fruit made its way to the table in North America, it was classified as a deadly nightshade, a poisonous family of Solanaceae plants that contain toxins called tropane alkaloids.

Around this time, it was also believed that tomatoes were best eaten in hotter countries, like the fruit’s place of origin in Mesoamerica. The tomato was eaten by the Aztecs as early as 700 AD and called the “tomatl,” (its name in Nahuatl), and wasn’t grown in Britain until the 1590s. In the early 16th century, Spanish conquistadors returning from expeditions in Mexico and other parts of Mesoamerica were thought to have first introduced the seeds to southern Europe. Some researchers credit Cortez with bringing the seeds to Europe in 1519 for ornamental purposes. Up until the late 1800s in cooler climates, tomatoes were solely grown for ornamental purposes in gardens rather than for eating.

The first known reference to tomato in the British North American Colonies was published in herbalist William Salmon’s Botanologia printed in 1710 which places the tomato in the Carolinas. The tomato became an acceptable edible fruit in many regions, but the United States of America weren’t as united in the 18th and early 19th century. Word of the tomato spread slowly along with plenty of myths and questions from farmers. Many knew how to grow them, but not how to cook the food.

With the rise of agricultural societies, farmers began investigating the tomato’s use and experimented with different varieties. According to Smith, back in the 1850s the name tomato was so highly regarded that it was used to sell other plants at the market. By 1897, innovator Joseph Campbell figured out that tomatoes keep well when canned and popularized condensed tomato soup.

Today, tomatoes are consumed around the world in countless varieties: heirlooms, Romas, cherry tomatoes—to name a few. More than one and a half billion tons of tomatoes are produced commercially every year. In 2020, Americans consumed 19.32 pounds of tomatoes/per person – second only to onions (21.3 pounds) as highest consumed produce.