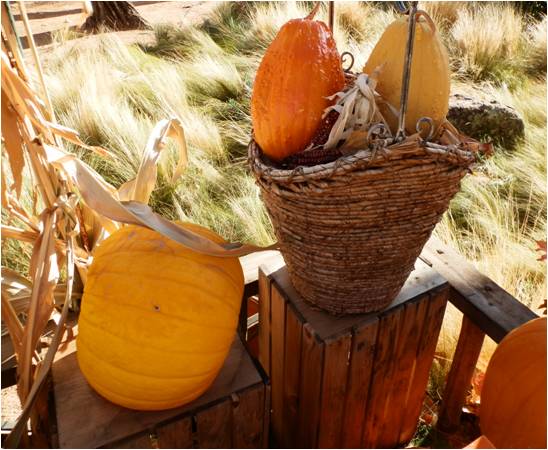 Only seeds from open-pollinated, not hybrid, plants will produce the same crop next year. The plants shouldn’t be cross-pollinated by insects either. Such saved seeds might grow into something that resembles the parent, or something totally different.

Tomatoes are self-pollinating. So if you avoid hybrid varieties, you’ll be able to grow the same tomatoes next year from seeds you save this year, even if different varieties were grown close together. Other plants’ flowers can be cross-pollinated by insects, so different varieties should be separated by 500 feet for the seeds to be pure. Even if you don’t have different varieties in your garden, your neighbors might. Cucurbits need even more space. Pollinators may travel a half-mile or more gathering their sustenance. These pictures are the fruits of several seeds from the same squash bought at a store, which were planted last spring. The parent looked like the squash on the upper left, but there was obvious cross pollination that resulted in the different offspring. 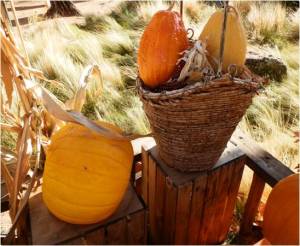 The seeds of tomatoes, peppers, melons, and winter squash are ready for saving when the fruits are ripe and ready to eat. Pepper seeds are mature after the peppers have changed color, indicating final ripeness. Cut the peppers open, scrape out the seeds onto a plate, and let the seeds dry in a shaded place, testing them occasionally until they break rather than bend.

Saving tomato seeds takes a little more time, but it’s just as easy. Harvest ripe tomatoes from several different vines of the same variety, cut each across the middle, and gently squeeze the juice and seeds into a glass or plastic bowl. Each tomato seed is encased in a gelatinous coating. Remove this coating by fermenting. This is similar to the natural rotting of the fruit and also kills any seed borne tomato diseases that might affect next year’s crop. To ferment the seeds, add about half as much water as there are tomato seeds and juice in the bowl and stir the mixture twice a day for about 3 days. As the mixture ferments, its surface will become covered with mold. Don’t keep the bowl where it can be tipped over , or where you’re able to smell it. It will stink.

When bubbles begin to rise to the top of the mass, or when a thick coat of mold has formed, add enough water to double the mixture, and stir. The clean, good seeds will settle to the bottom of the bowl. Gently pour off mold, debris and any seeds that float . Add more water and repeat the process until only clean seeds remain. Capture the seeds to be saved by pouring the liquid through a strainer, wipe the strainer bottom with a towel to remove as much moisture as possible, then dump the seeds onto a glass or ceramic plate to dry. Stir twice a day to ensure even drying and to prevent the seeds from clumping together. Warning: Tomato seeds will germinate unless you dry them quickly, but don’t put the seeds in sunlight or an oven.

Cantaloupes, watermelons, and winter squash are easy. Cut them open, scoop the seeds into a strainer, rinse, and set out to dry.

Winter squashes need to be carefully cut to expose the seed cavity. Use a sharp knife and cut about a third of the way from the stem or you’ll cut through some seeds, too. Be careful; sometimes they are hard to cut. Pick your cucumbers for seed saving toward the end of the season because the vines will stop producing if fruit is left on them. The cucumber seeds can carry diseases, so use only disease free fruit. Cut cucumber and scrape the seeds into a bowl. To remove the coating, rub the the seeds gently around the inside of a sieve while washing them. You’ll need to let summer squashes ripen past the tender stage, too. When you can’t dent the squash with a fingernail, the fruit is ready for seed saving. Cut it open, scrape the seeds into a bowl, wash, drain, and dry.