New Mexico has a large and diverse array of predatory wasp species, some of which form colonies while others are ‘solitary’ – i.e., each female constructs her own individual nest, often in the soil, but also in other habitats such as plant stems or pre-existing holes in dead wood. Species in one sub-family construct mud ‘pots’ that they provision with prey items for their larvae. Although wasps are viewed as pests by many people, they will not normally sting unless provoked and are valuable predators; different species attack moth caterpillars, scarab beetle larvae (‘white grubs’), grasshoppers, stink bugs, and various other pests. Adult wasps will feed on nectar and hence are often seen on flowers. 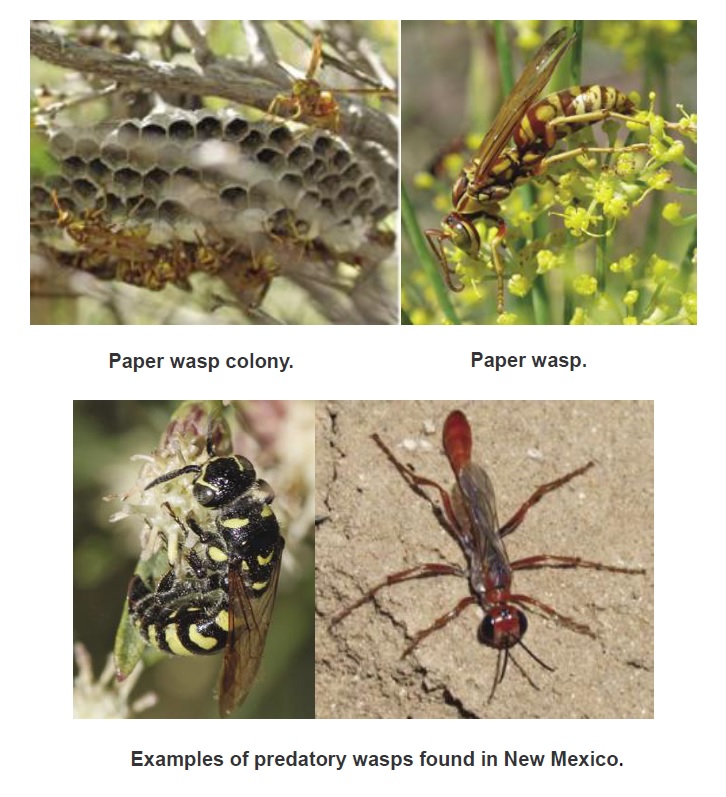