Several years ago, I read an article about growing cucurbits in a compost pile. I finally decided to try the concept in 2016. My compost pile consisted mainly of leaves and various plants from the garden. I had started it in the fall and decided to use the compost in June. After sorting and screening the compost, I found that there were some spots that did not have enough water and had not fully decayed. I made a new pile of that material and decided to do cold composting with it as the pile had rotted enough to not produce heat. That’s when the thought came to me to try growing pumpkins in it. I had some seeds from a 50-pound pumpkin that I grew the year before, so after sprinkling a little 21-3-3 fertilizer over the pile, I put two seeds in it and added a water source.

The seeds sprouted quickly, and the vines grew, covering the pile and emanating out, eventually reaching a length of about 25 feet. The leaves were large and very healthy looking. The early blossoms were mostly male, but by late July pumpkins were forming. I eventually culled the fruit to one per vine and watched them grow. Instead of seeing a compost pile, I was now looking at green vines. The end result was two pumpkins of about 45 pounds each, which I used for our yard decor. By this time the compost was ready for application to the garden, and I started a new pile using the pumpkin vines along with other vegetation and leaves from our cottonwood trees.

I may try different kinds of squash this year to see how other species do. Even though growth was healthy and rapid, I may add more nitrogen to the compost to see how that affects the end result. The pictures below show the vines during early growth and the resulting fruits. I grew the ghost pumpkin in normal garden soil to which I had added compost from the original pile. 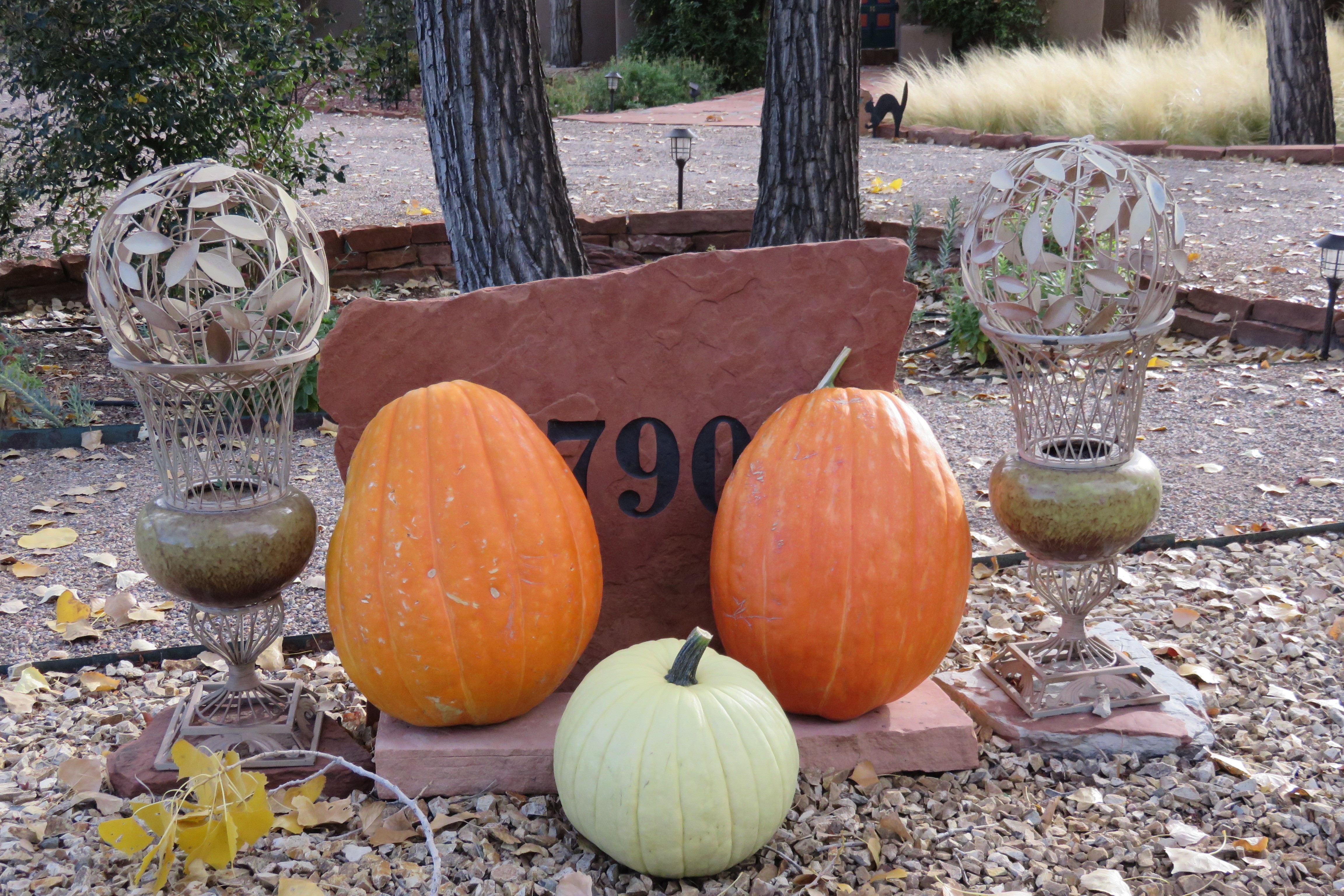