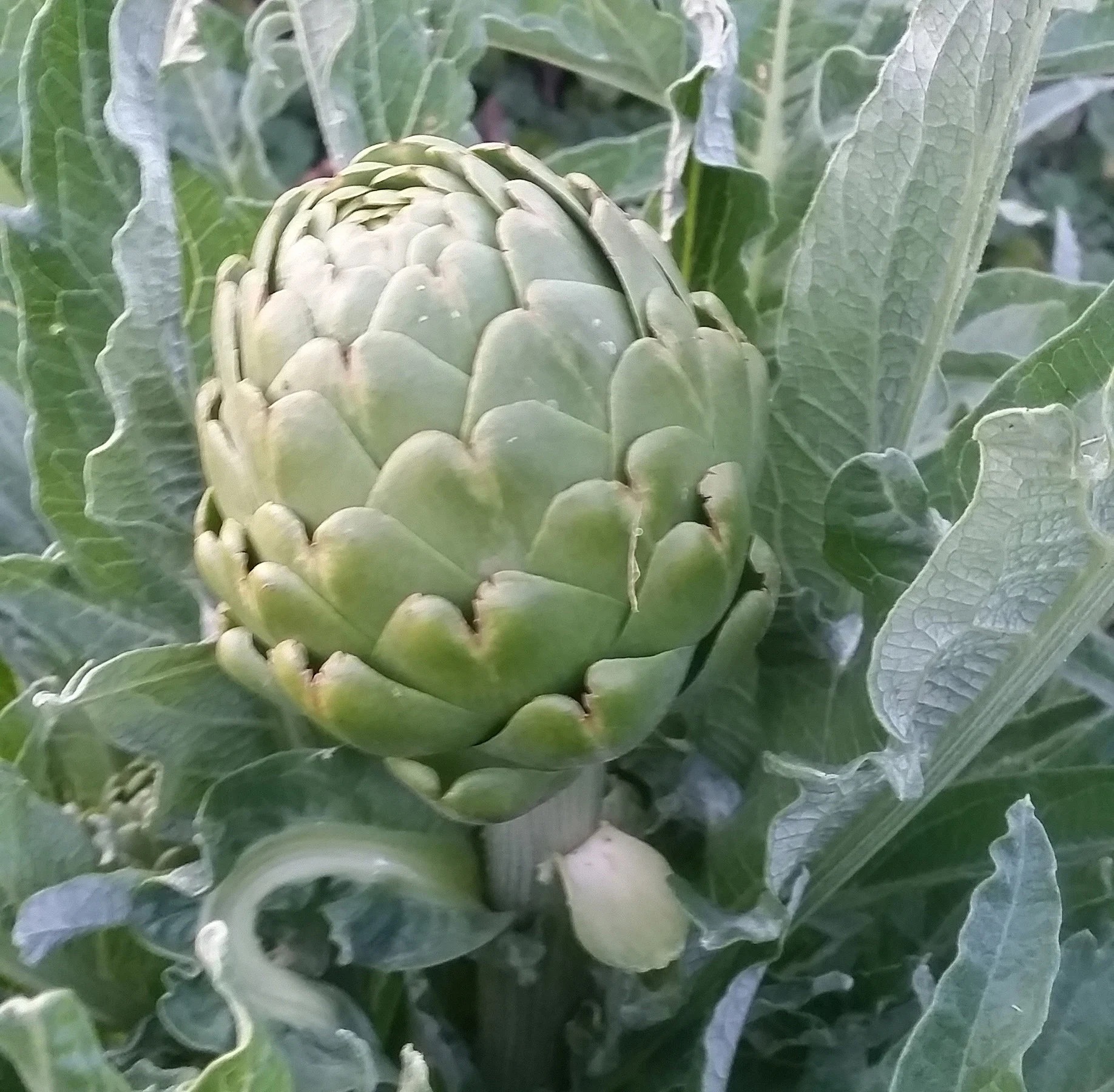 My husband and I had the opportunity to visit Southern Italy and Sicily the first two weeks in May with fellow SEMGs Sam and John Thompson. Our travels started in Rome, moved south to Naples, Sorrento, Capri Island, and Amalfi Coast, and then on to Sicily to explore Palermo, Agrigento, Ragusa Ibla, Syracusa, and Catania. There’s so much that can be written about the many sublime but simple dishes that can be prepared using the freshest produce unique to these regions. Lemons, oranges, pomegranates, almonds, fennel, olives, tomatoes, and pistachios are treasured in both Southern Italy and throughout most of Sicily, while eggplant and zucchini are featured in many Sicilian dishes. And surprising to us, the non-native prickly pear cactus is not only a symbol of the Sicilian landscape but is also cultivated for its fruits. Ubiquitous to all of these regions is the cannoli, but not more than in Sicily, where there are serious cannoli wars, similar to our green chile cheeseburger competitions. But in all seriousness, the most ubiquitous regional produce of all of these regions is the artichoke—the topic of this month’s column.

In Rome it is all about the Artichoke. The Roman artichoke, known as il carciofo Romanesco or just Romanesco artichoke, can be found piled high in crates in market stalls and restaurant windows throughout Rome in late winter through early spring, when they are at their most tender peak. The Roman artichoke is rounder than other types of artichokes, about the size of a baseball. The outer, violet-stained leaves are softer than their cousins, and there is no choke—the inedible, fibrous centers that most other types have. That is why most of the entire Roman artichoke can be prepared and eaten the way they are in two of the most famous Roman artichoke dishes—carciofi alla giudia, or Jewish-style artichokes, and carciofi alla romana, Roman-style artichokes. More on these dishes below.

Life history of the Italian artichoke. Artichokes are one of the oldest foods known to humans. Many historians believe the artichokes originated in the Mediterranean countries, possibly Sicily or Tunisia. In ancient times they were cultivated in Sicily, which is where the modern Italian artichoke seems to have gotten their start. They spread to the rest of Italy during the Arab rule of Sicily in early medieval times. Ancient Greeks and Romans considered artichokes a delicacy and an aphrodisiac. In the 16th century, women were forbidden to eat artichokes because they were thought to enhance sexual power. At some point, the Roman artichoke variety was developed in the coastal area near Rome and became known locally as mammola or cimarolo.

The artichoke is a perennial in the thistle group of the sunflower family. The part that we eat is actually the plant’s flower bud, and if allowed to flower blossoms into a beautiful violet blue color. Baby artichokes are not a separate variety, they are smaller versions of the larger artichokes which are picked from the lower parts of the artichoke plant where the plant fronds protect them from the sun, stunting their growth. They have no fuzzy choke, making them a good substitute for the Romanesco artichoke.

Artichokes in the U.S.A. French immigrants brought the globe artichokes (Cynara scolymus), also known as the “French artichoke,” to the United States in 1806, when they settled in the Louisiana Territory, but by 1940, they mysteriously disappeared. They were later established in the Monterey, California area by the Spaniards during the late 1800s. |
In 1922, Andrew Molera, a landowner in Monterey, decided to lease his land he had dedicated to growing sugar beets to Italian farmers that he encouraged to try to grow the “new” vegetable because at the time artichokes were being shipped to New York at $6/crate and being sold in Boston for 30 to 46 cents/each. (Fun fact: Marilyn Monroe was the first official California Artichoke Queen in 1949.) Currently 100% of all artichokes grown commercially in the United States are grown in California, which supplies nearly 100% of the country’s crop. Artichoke fields are maintained perennially for 5 to 10 years. Each cropping cycle is begun by cutting back the tops of the plants several inches below the soil surface to stimulate growth of new shoots. (For more history of artichokes, you may enjoy the following article, which was used as a source this column: History and Legends of Artichokes, What’s Cooking America.)

Growing artichokes in New Mexico. I know some of you grow artichokes in your home gardens; I’ve seen pictures of your efforts on Facebook and Instagram. We inherited an artichoke plant at our small farm in the North Valley, which only produced a couple of buds a year. I let them mature into their beautiful flowers because they attracted butterflies and hummingbirds. I’m not saying we can’t successfully grow artichokes here, though it’s not easy. Here they can be grown as perennials, while in the colder zones 7-11, they can only be grown as annuals. Locate your plants carefully, because they will grow in that location for 5 to 10 years if you’re lucky. Plant 4 feet apart in an area with full sun to partial shade and nutrient-rich, loamy soil. They need consistent soil moisture throughout the growing season, so water them when the top inch of soil is dry. Retain soil moisture by adding a 4-inch layer of organic mulch. Once buds start to form, remove the mulch, and add a 4-inch layer of compost. Harvest artichoke buds when they’re about 3-inches in diameter and are rightly packed and firm. Good luck!

The Peasants Eat Thistles, so wrote Johann Wolfgang Goethe (1742-1832) in this book Travels Through Italy. Indeed, the artichoke started off as a food favored by peasants throughout the centuries, though they were considered a delicacy by Ancient Greeks and Romans. As mentioned above, two of the most traditional dishes of Roman cuisine are discussed below.

Jewish-style artichokes have their origins in the 16th century when the Roman Jews were ordered to live in a closed ghetto on the banks of the Tiber River in 1555. This area is still known as the Jewish Ghetto, which has a rich culinary history. Once prepped by removing the outer leaves and then trimming the rest in a circular fashion until the artichoke has a rose-like appearance, the outer skin is pared away from the stem. They are then deep-fried in oil for a few minutes, drained and seasoned with salt and pepper. The leaves are then opened up and fried again until the leaves are crispy. These artichokes are eaten whole by starting with the outer leaves, which are said to resemble potato chips until you reach the
center, which is said to have a rich, buttery consistency and flavor. We never reached the center because eating the leaves was to me like eating a handful of over-roasted pumpkin seeds. We much preferred the soft, delicate consistency and flavor of the Roman-style artichokes. Photo:  C. D’Antonio

Roman-style artichokes, our featured recipe this month, are stuffed with a mixture of garlic, parsley, and mint and then slowly braised upside down in water, white wine, and olive oil until they turn into a delicious, soft, and fragrant side dish or appetizer. This was our favorite dish, which we ordered over and over again in Rome. Enjoy!!