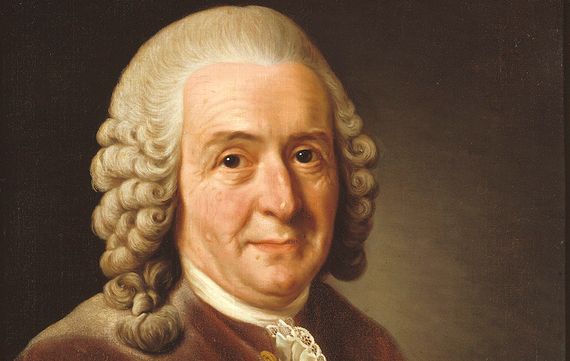 Carl Linnaeus, a Swedish Botanist (1707-1778) revolutionized modern taxonomy. He implemented a standardized binomial naming system for plant and animal species. The first word describes the genus and the second word describes a characteristic of the specific organism. For example, Magnolia grandiflora describes the native southern magnolia with large white flowers. The Latin binomial name is consistent across the globe. Linnaeus also introduced the standard of class, order, genus, and species.

DOES IT REALLY MATTER?

Many gardeners prefer using the common name for plants as it’s “easier”. Easier can lead to confusion, especially with instant global communications. The European white-water lily, Nymphaea alba, for Taxonomy is even more important when it comes to something that might, or might not, be edible. The Florida pistachio sold at the local nursery could be a Pistacia vera, with edible nuts, or it might be a Jatropha curcus (Barbados nut) with highly poisonous nuts. Since both are sold with the same Florida pistachio label the “easy” name could be tragic.

The term clade was first introduced in 1958. In July 2004 systemic and evolutionary biologists from 11 nations met to create a new association, the International Society for Phylogenetic Nomenclature, known as the PhyloCode for short. Their purpose is specifically designed to regulate the naming of clades. To learn more about PhyloCode, click here. Essentially. The PhyloCode does not require the use of ranks. If you’ve recently looked up a flower, the Hibiscus syriacus, for example you might be surprised by the taxonomy displayed. Note: Space requires three columns, rather than one.