Over The Garden Wall: Seed Detective Travels The World Tracking Down Lost Crops 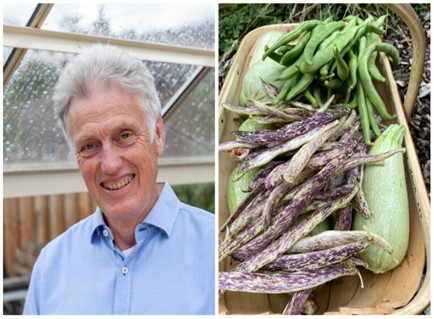 Adam Alexander travels the world looking for new seeds to add to his collection, an act he believes ties us to our ancestors. You’d expect someone once nicknamed the “Indiana Jones of seeds” to be a bit fanatical and dedicated to the job. But for Adam Alexander, author and horticulturist, seeds are more than just a job, hobby or passion. They’re a lifeline.

Seeds “are a visceral connection that I have with my most distant ancestors. It takes me back way beyond civilization,” says Alexander. “When you save your own seeds…you grow them for yourself and also share them; you are observing this cycle from seed to crop to saving endlessly going round and round. And that is something that connects me directly with those neolithic farmers.” 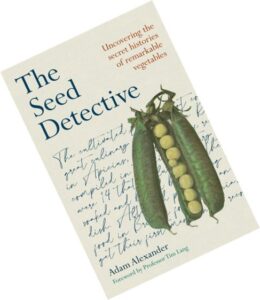 In his new book, The Seed Detective (which shares a name with his website), Alexander dives into the history behind vegetables while traveling the world hunting for their seeds. Over the years, he amassed quite a collection, now boasting seeds for more than 500 plant varieties, from which he grows 70 to 100 different crops each year in his home garden in eastern Wales.

The seed detective has collected seeds from around the world, building up a collection of little-known heritage varieties, as well as those plants on the edge of becoming lost. So far, that’s included garlic from Oman, peppers from Morocco and blue maize from a Hopi farmer in Arizona. He’s had plenty of successes germinating and rooting those seeds in the Welsh countryside—even making blue polenta out of the corn. Of course, not everything goes so smoothly. The landscape and climate of Wales is quite different from Arizona, after all.

Take the chilis he found in Singapore years ago. “I can’t get those damn things to flower,” he says. “They miss Singapore. I think I’ve got a message which is ‘Adam, that’s just one step too far.’ But I haven’t given up, I’ll put it that way.”

Alexander doesn’t give up easily. He’s continuing to try with those chili seeds, just like he experiments with all the seeds he collects. And even when the plants do successfully root, he knows they’ll not grow the same as in their native habitat. “It won’t taste quite the same, it won’t have grown in quite the same way. But what it is, for me, more than anything else, is a memory,” he says.

Many of those memories are of the places and people he’s visited while traveling to find the seeds. Often, people are happy to share their love of gardening and plants with him, eager to showcase their heirloom offerings. Other times, there’s more confusion or annoyance with his requests, like a funny exchange with an older woman selling goods at a market in Laos.

As Alexander writes, he tried to engage the woman in a conversation, asking about the bag of seeds hanging from her stall. “Are those pea seeds?” he asked through a translator. “Of course,” the woman replied. According to Alexander, she said it “in a very irritated tone as if speaking to a very small and stupid child.” He kept trying to find out more about the seeds, asking how tall they grow, how long the woman has been growing them, what part of the plant she eats. On and on he probed with basic questions, while the woman’s answers stayed as close to monosyllabic as possible. He said he could practically feel the daggers she seemed to shoot out of her eyes at him. Eventually, he was able to simply buy a bag of the seeds and take his chances with them when he got them home.

“The last thing she was expecting is some old geezer to start asking idiotic questions,” Alexander recalls. But those kinds of conversations, fumbling as they may be, can lead to great discoveries. “To me, my garden is an ark. There are things that are growing in it that are highly endangered. And if I didn’t grow them, I don’t know what would be happening to them.” 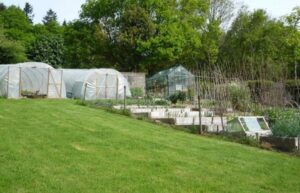 While each seed that Alexander grows might originally be suited to a different area of the world, he encourages people to try seed swapping, with friends and neighbors or as part of a larger club. He even shares seeds through his website, making his entire catalog available to peruse online. (He does ask for a donation to cover the cost of shipping.)

Not only does he believe that fresh produce is tastier, but he says the plants can become locally adapted. It’s part of what Alexander would like to see as a new green revolution, with communities prioritizing feeding themselves, putting the land and climate front and center. Rather than “paying multinationals huge amounts of money,” as Alexander says, for food and seeds, you can take steps toward moving your food systems into your own control.

By reinforcing the connection between what we grow and what we eat, we are reinforcing our values and priorities. As Alexander writes in the book: “Saving seeds from one’s own crops inspires us to think more deeply about the food choices we make.”

← January Garden Checklist 2023 Over The Garden Wall: The Inventor of the Sugar Snap Pea Has a Farm… →