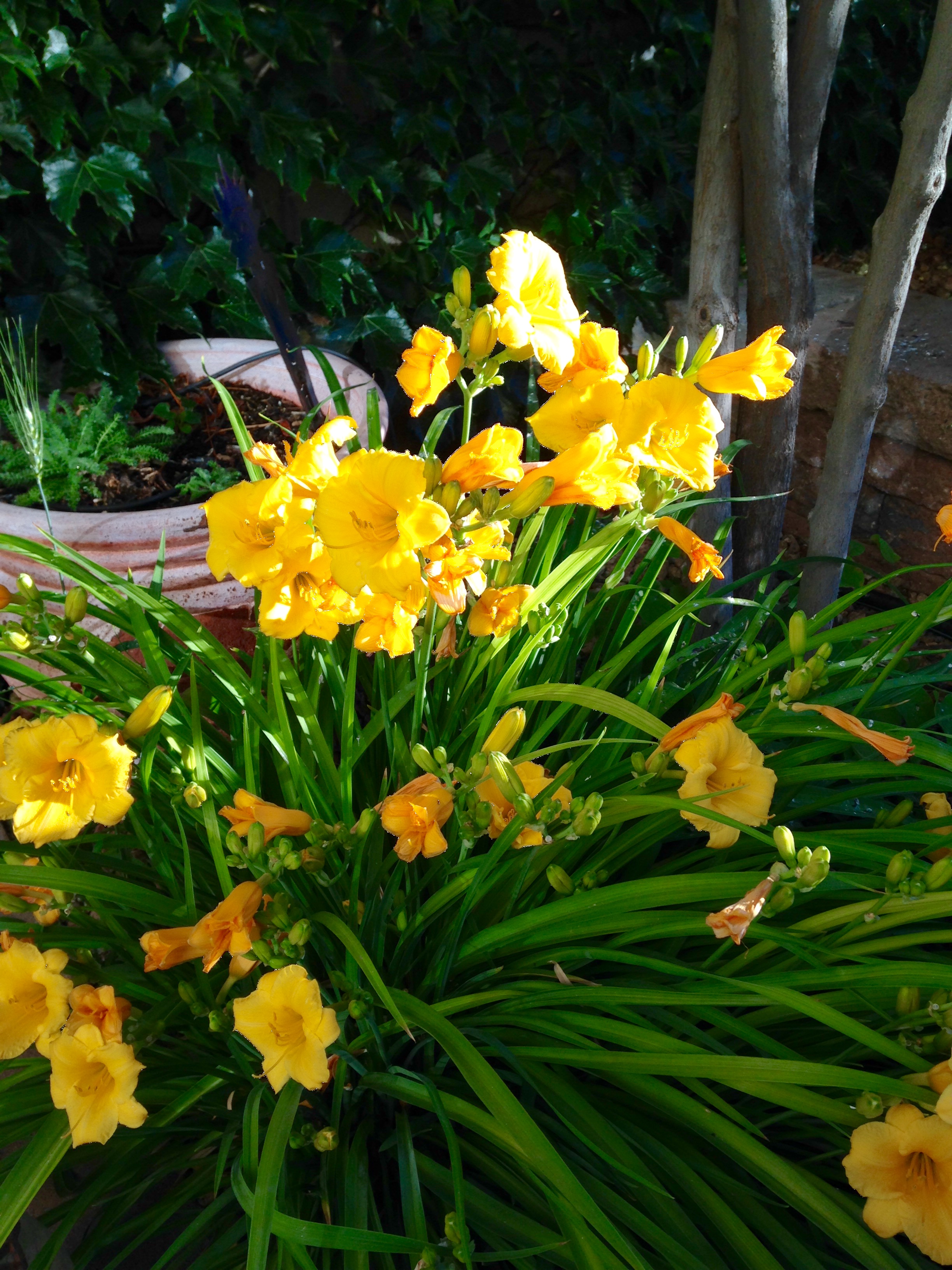 History
The daylily with origins in Asia was introduced to the New World in the 1800’s and promptly became a hybridizer’s delight. The first half of the 20th Century gifted us with the Age of Hybridization.  Following the lead of those earlier pioneers, in 1975, Walter Jablonski created the Stella de Oro Daylily which has enchanted gardeners for beautifying the home flower garden since it was first offered.  It has won multiple awards throughout the decades that followed, because of its uniqueness and popularity.  The name given to this flower by Jablonski is itself hybridized.  The genus name Hemercallis is a scientific name established in the usual manner and is from the Greek hemera meaning day and kallos meaning beauty.  This particular daylily has a single bloom life span of approximately 16 hrs.  Jablonski is responsible for the Stella de Oro part which is from the Italian Stella meaning star and the Spanish de oro. Hence, the multilingual name meaning “Star of Gold”

Culture and Care
The Stella de Oro daylily adapts and tolerates many harsh conditions. It is resistant to polluted city environments, poor and dry soils, and thrives near pavement that retains the heat of the desert sun during the day.  Full sun makes it bloom most prolifically. However, a light shade doesn’t make all that much difference. Although, it is resistant to drought and thrives with relatively low amounts of supplemental water, the display in humus rich moist soil is stellar. Usually the Stella de Oro Daylily is planted in lines to form borders; however they also look good in a bed and pots.  It makes a good cutting flower also.  The re-blooming capacity of a Stella de Oro Daylily increases if spent flowers are deadheaded stalk and all. The foliage which explodes from the center of plant is dense enough and makes quite a nice ground cover after the blooms have finished for the season. The brown foliage should be removed in fall but can be left to provide a self mulch for the winter months.  If that option is selected the brown foliage should then be removed just as the new green sprouts appear in early spring.  After several years if the clumps produce fewer flowers than in previous years, the clumps may simply be split apart in Spring or Fall and re-planted to increase the vigor for future years. It is a great time for Master Gardeners to share with friends too. The Stella de Oro Daylily is a very low maintenance addition with great beauty to any garden.