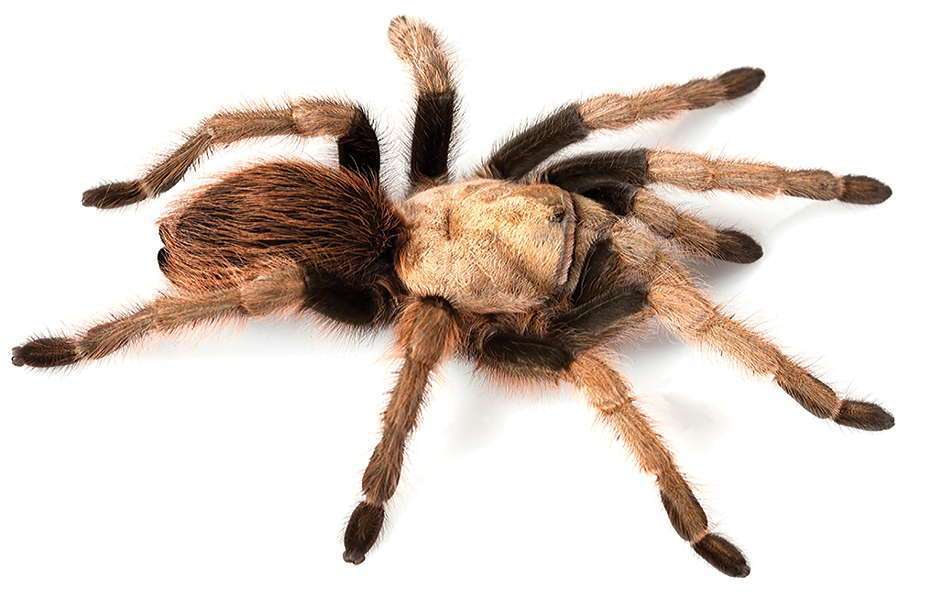 Desert Tarantulas are a common sight in the Southwestern states and Mexico. They generally hide during the day, choosing instead to rest under rocks or protective burrows that are abandoned by desert rodents.

The male of the species is slightly smaller than the females. Desert Tarantulas in general are noted for their large size compared to other spiders. Leg spans can reach up to 4 inches in diameter on the females making it possible for them to cover the whole hand of a grown man.

Their brown bodies are covered with an abundance of hairs. This bristly hair is the hallmark of identifying Tarantulas, in general. Males are generally completely dark, whereas females tend to have light brown (blonde) hairs on their carapace and legs.

This spider will work hard to avoid contact with people and it will strike if disturbed or threatened. It should be noted that Desert Tarantulas bites are considered poisonous, but not deadly.

Seeking medical advice is advisable if bitten. Desert Tarantula venom is reported to only be as dangerous as bee venom, but sadly allergic reaction may result in sensitive individuals

Because of their large size Desert Tarantulas can take down and consume small reptiles in addition to insects.