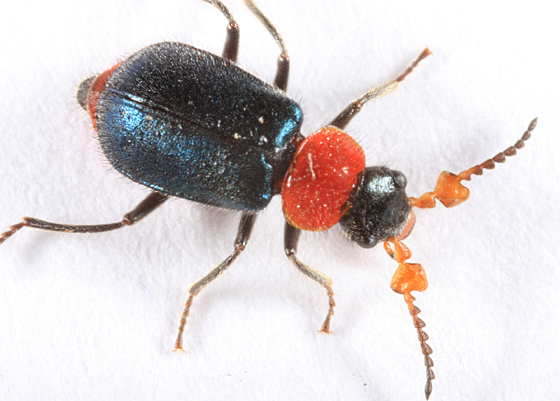 As their name suggests, these beetles are often found on flowers, although they are common and widespread in other habitats, including alfalfa fields. They are often brightly colored, sometimes with a metallic sheen.

Some species have enlarged basal antennal segments. Both adults and larvae are predatory, with the latter usually being found in the soil, in leaf litter, or under bark.

Source:  Pocket Guide to the Beneficial Insects of New Mexico